Anyone whose heard about Portland has heard about the food carts. They’re incredibly popular here and the much more open regulatory environment allows all sorts of different set ups. Unlike many places, food carts in Portland are allowed to park and sell their stuff out of the same location. These locations are called “Pods.” This has created a few spots where you can go and get the same food every time.

One of my favorites is a spot that calls itself Cartopia. A collection of carts on Hawthorne across the street from Lardo. I’ve seen it there for a while, and used to eat there a lot when I lived here before. But the siren song of Lardo has been too much for me to overcome. Until now!

I decided to try it out and see if it had changed significantly in 6 years. It really has. The asphalt parking lot it occupies has been replaced by a nice covered dining area with fire pits. Only three of the carts are still there from 6 years ago: Pyro Pizza, Perierra Creperie, and Potato Champion, serving terrific pizza, crepes and poutine respectively

I decided to try one of the new ones. Kim Jong Grill was a great looking Korean for a box full of Bimbabop. Diana got a fried plantains with chicken egg and rice from Tahrir square and Adam got a pizza.

All of the food was good. We ate all of it without a word really because we were hungray and it was also way too hot out. Will this spot replace Lardo? Probably not. But it was tasty. 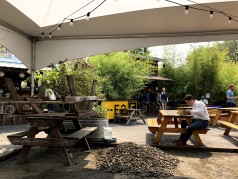 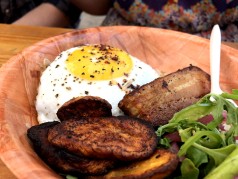 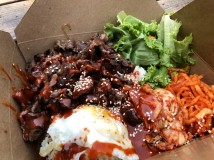 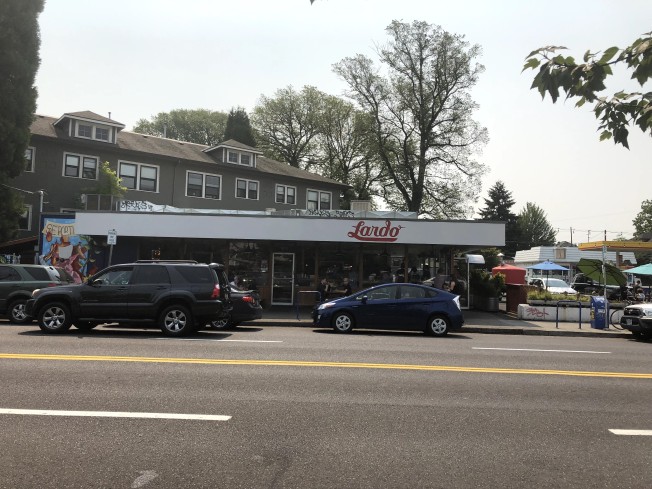 View all posts by James Kirkley

Meet us at the crossroads!

Join us on our journey as we move into the next phase of our lives: a crossing of food, travel, and lifestyle as viewed from our unique perspective as former high-tech executives, retail specialty food owners and enthusiastic cooks and travelers.